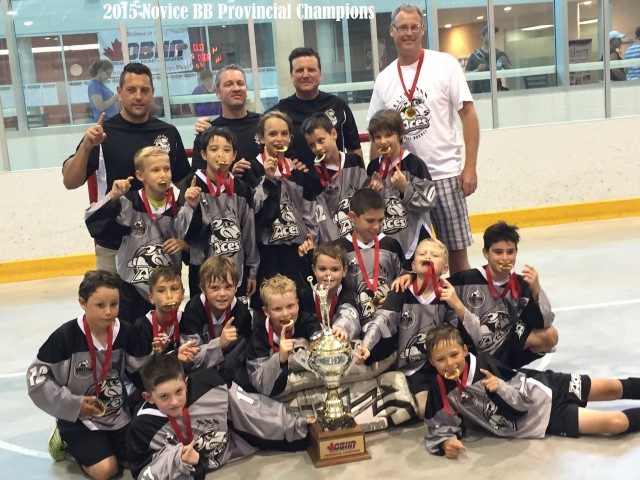 The HMBHL Novice Aces dominated the Provincial Championships outscoring their opponents 35-1 in 5 games.

The Aces did not allow a goal against versus West Hill, Penetang, Kingston and North York on route to a 4-1 Championship win over Four Counties.

Congratulation to all the players Coaches.